Today’s recipe is brought to you by Blaire, one of Dinners With Dan‘s featured contributors!

Halloween is just around the corner.  Decorations are starting to go up, invitations to parties are being sent, and the air is starting to have that familiar Autumnal crisp.  From pumpkin carving to making costumes, there are endless activities this time of year, but there’s one thing that unites them all: delicious Fall and Halloween food.

This week, in her second Baking with Blaire post for Dinners with Dan, Blaire is introducing us to two of her favorite Halloween-themed sweets.  I can’t wait to try them! 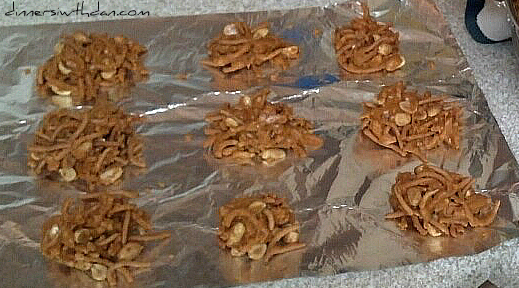 I want to be Kate Middleton.  There, I said it.  Any of my friends can tell you that I have royal fever, bad.  Since this is the season for pretend and make believe, I’m even considering being her for Halloween.  Baby bump or no baby bump, I haven’t decided.  Tiara, obvi.

What draws me to Kate, I think, is because she’s normal and yet still able to be a part of the ultra-exclusive clique known as the royal family.  I’m normal.  I’m polite.  I can wave. Why can’t I be a member too? I guess this falls in line with my undying, not-so-subconscious desire to be one of the cool kids.  Thanks for that, grade school.

Anyway, if we’re being completely honest, she’s livin’ the dream (and forgive me as I shrug off the immense responsibility of being a royal). She has the power, the looks, the clothes, the house, the money, the Prince (Albeit, not my first choice.  Team Harry, anyone?).  What I would give to be called “Your Highness,” to vacation with the Queen at Balmoral, to have my little Moo-cat frolic with the royal corgies; to work “Cheerio” and “bullocks” into my vernacular; to host a royal tea party.  The last one especially, I think I might die if I could kick it with Queen Elizabeth over some tea and tasty treats.

Now, Halloween is the time for parties, but I don’t think the Queen would tap in and join me for some tequila shots, so I’ll settle for tea as the beverage of choice.  But I can’t just serve tea, there would have to be snacks. Festive snacks.  Even us mere commoners have the problem of what to serve at our holiday parties.  What festive treats could I serve?  Scones? Boring. Crackers with caviar?  Disgusting. Cucumber tea sandwiches? Puked a little in my mouth.  After some deliberation, I finally settled on my Haystack Cookies and Boneyard Brownies.

END_OF_DOCUMENT_TOKEN_TO_BE_REPLACED

Today’s recipe is brought to you by Eric and Brian, Dinners With Dan‘s newest featured contributor!

Thanks again to all my friends and contributors who have kept the blog up the last few weeks.  I’ll have a delicious recipe of my own up tomorrow, and I’ll be back to posting regularly =)!  More on why the long pause tomorrow, but I’ll do my best to make up for lost time!

However, before then, I’m really excited to take Dinners With Dan from the land to the seas.  Eric and Brian, Dinners With Dan‘s newest contributors, come to us from Alaska where they have worked in the restaurant industry and can’t wait to share a lot of their experiences and fantastic recipes with us.  They’re starting with a recipe for Panko Fried Pacific Black Cod.  Please welcome Eric and Brian to the blog and give this delicious recipe a try!

Living life Alaskan involves an appreciation for proper cooking with seafood.  The delicate balance of seafood and seasoning is essential.  It is fairly easy to over-season a beautiful cut of fish and finding someone who knows how to perfectly balance the two deserves respect.  For tonight’s dish we have selected one of the easier species of fish to cook with in Alaska.  Pacific Black Cod is a delicious deep water fish that many people enjoy along with halibut.  I know most people consider halibut to be the coveted fish to catch but it can be very difficult to find a proper black cod that you can cook with.

For tonight’s dinner, we have chosen several 6 ounce filets that required us to filet the skin off in order to bread them.  In keeping with Alaskan tradition, we used an egg-based batter and Italian seasoning with a nice Panko breading.  To complement the fish: roasted potatoes and sautéed asparagus with garlic.

END_OF_DOCUMENT_TOKEN_TO_BE_REPLACED

Today’s recipe is brought to you by Elsa, Dinners With Dan‘s newest featured contributor!

It’s time to start a new aspect of Dinners With Dan. Great meals are often complimented by great drinks.  And great drinks make for great times, and really, what more could you ever ask for?  It is with this in mind that I would like to introduce my good friend Elsa.  Elsa will be sharing a couple drink recipes with us each month, and if the rest are like this one, I know I’m in trouble.  I hope you all enjoy as much as I am.  Without further ado, to Elsa:

This week I’ll be talking about my signature cocktail – the Happy Sherlock.

For those of you who aren’t aware of the magical practice of infusing liquors, you are about to learn how to upgrade your home bar from that cheap nonsense you bought at the liquor store, to something your friends will ask you to make for them!

END_OF_DOCUMENT_TOKEN_TO_BE_REPLACED 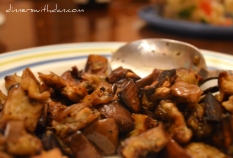 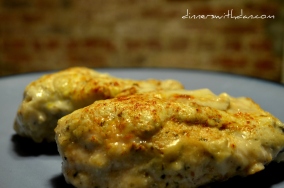 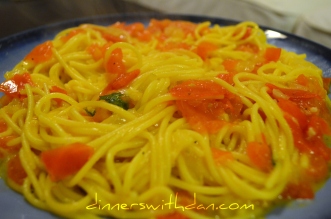 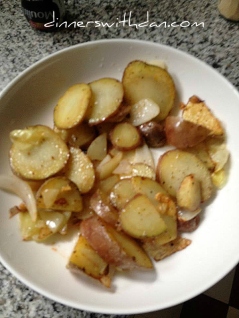 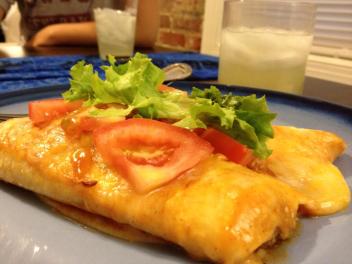 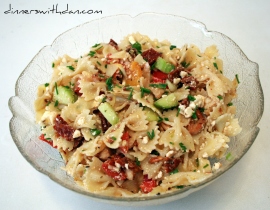 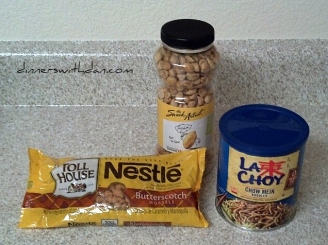